Share a memory
Obituary & Services
Tribute Wall
Read more about the life story of Esther and share your memory.

Mrs. Esther Jean Brown was born June 19, 1942 in Greenville, Mississippi.  She entered into eternal rest on Monday, October 31, 2022 at 3:15 PM at Kettering Medical Center in Kettering Ohio.  She resided in Dayton, Ohio for 57 years.  She was a graduate of Mansfield High School in Mansfield, Ohio.

Mrs. Esther Jean Brown was a very loving, outgoing personality who knew a lot of people in the community.  She was a great cook that loved to hear her grandkids sing.  One of her favorite songs that she loved to hear was Up Above My Head, I Hear Music In the Air.  Another personal favorite was         I’m on the Battlefield for the Lord.  Among her many pastimes were reading the Bible and listening to her gospel music in her room or in her car.  She had a passion for shoes, purses and most of all caring for others. As a former evangelist and prophet, she was a beloved mentor of many.  She never met a stranger.  She always had very uplifting and encouraging conversations with younger people.  Mrs. Esther was absolutely free hearted, giving and generous and humbly down to earth.  She will be remembered as a very willing participant to help anybody she could with a smile.

Mrs. Esther Brown loved her job as a Licensed Residential Care Provider with over 37 years’ experience. She took care of many special needs clients.  She had a sympathetic and empathetic warmth about herself that allowed her to really love and cherish every client as her own family.  She was the owner and operator of the House of Love. Esther had an atmosphere of church in her roots early on in her childhood.  Her dad was the late Rev. Walter James Anderson of Mansfield, Ohio.  Mrs. Brown accepted Christ early in her childhood.  She attended a church called Holy People of God on Ardmore Street in Dayton, Ohio.  Later she joined a church pastored by Rev. Charles Fair called United Baptist Church on Lexington Avenue.

To send flowers to the family or plant a tree in memory of Esther Jean Brown, please visit our floral store. 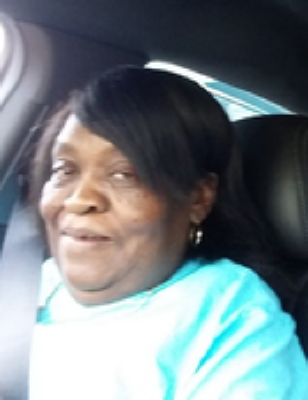